Primarily found in black and green tea, and some mushrooms, L-theanine is an amino acid with a chemical structure similar to the neurotransmitter glutamate. And while the body doesn't produce L-theanine naturally, it may have several benefits for well-being. Keep reading to find out more.

If you've enjoyed a cup of tea in the last few days, you've also topped up your body's level of L-theanine, an amino acid. However, unlike most amino acids, L-theanine isn't essential to human health.[1]

Despite this, the compound may have several uses in promoting well-being, especially as it shares a similar chemical structure to glutamate (a nonessential amino acid) and potentially influences the GABA system. This last part is important, as the GABA system helps to regulate neuron signalling and functions such as sleep, mood, and focus.

Why do people take L-theanine?

Many people consume L-theanine unwittingly, not realising the compound's influence. The most abundant source is tea leaves, with green tea containing slightly more L-theanine than black tea. There is also a small amount of the amino acid inside mushrooms, particularly Boletus badius, although mushroom tea doesn't quite have the same appeal.

One of the main reasons people take L-theanine, either directly or by proxy, is for its potential to promote relaxation and tranquillity. We'll explain the science behind this interaction shortly, but it's thought that, alongside the positive feeling of sipping on a cup of hot tea, L-theanine’s proposed influence on the GABA system may contribute to feelings of relaxation.

How does L-theanine work?

L-theanine appears to work in the body by mimicking glutamate, an amino acid that plays a crucial role in protein synthesis. However, this interaction is not entirely understood, as L-theanine sometimes blocks the effects of glutamate rather than promoting them.

Then there is L-theanine's potential influence on the GABA system and the neurochemicals dopamine and serotonin to consider.[2] GABA's main job is to help quell overactive nerve cells and erratic neuron signalling. By blocking messages sent between these areas, GABA is believed to influence several mental health disorders. Fortunately for tea lovers, L-theanine may increase habitual levels of GABA, thus contributing to the system's balancing influence.

What are the potential benefits of L-theanine?

Though L-theanine doesn't appear to regulate functions directly, it may influence well-being from “behind the scenes” by bolstering various processes related to proper functioning. Because L-theanine is almost exclusively found in tea leaves, there isn't much research to back up its benefits. That said, we do have a handful of short-term studies to examine.

The first is an 8-week, randomised, double-blind, placebo-controlled study published in the Journal of Clinical Psychiatry.[3] Patients with schizophrenia or schizoaffective disorder were administered 400mg of L-theanine per day, and asked to complete surveys on general functioning, side effects, and quality of life.

The evidence suggests that L-theanine performed favourably compared to a placebo, with scores varying from "modest to moderate". Of course, 8 weeks is not nearly long enough to establish a clinical outcome, with researchers acknowledging that "further long-term studies of L-theanine are needed".

Another area of interest is L-theanine's impact on "cognitive performance and subjective alertness". A 2010 study measured the influence of L-theanine and caffeine together (as it would be in tea), comparing it to a placebo in terms of self-reported alertness and tiredness.[4]

Interestingly, the results suggest that 97mg of L-theanine alongside 40mg of caffeine may be enough to modulate both measures. However, the caveat is that there were no observed improvements in other cognitive tasks, including "visual search, choice reaction times, or mental rotation".

If we consider that L-theanine may play a role in stress modulation, alongside its proposed influence on alertness and tiredness, it makes sense to explore its links with sleep quality.

In fact, a randomised, placebo-controlled study by Australian researchers combined several of the factors outlined above by examining the impact of L-theanine on generalised anxiety disorder.[5] Not only did they observe its influence over direct symptoms of the condition, but they also aimed to understand how it could modulate wider areas of well-being, including the all-important sleep quality.

While the researchers noted that L-theanine did not outperform the placebo for anxiety reduction or insomnia severity, it did have an intriguing impact on overall sleep quality. Not only did sleep satisfaction improve compared to placebo, but several patients without clinical levels of insomnia reported in favour of L-theanine. These results raise some interesting questions for researchers, further highlighting the need for more extensive study. 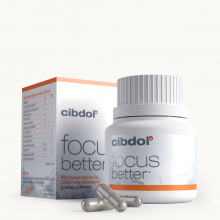 What are the side effects of L-theanine?

The lack of extensive research means we don't know much about the potential side effects of L-theanine. However, there is one essential resource we can rely on—decades of tea drinkers. It's considered safe to drink tea and take supplements that contain L-theanine, however, it's important to highlight that these supplements aren't regulated, so buying products from a reputable manufacturer is a must.

You also need to consider the potential side effects of compounds closely linked to L-theanine, like caffeine. After all, green tea is an abundant source of both elements, and overconsumption can lead to:

How to dose L-theanine

As we don’t have high-quality data on the upper threshold of L-theanine tolerance, or the effects of various doses among different populations, we cannot suggest an ideal dosage of L-theanine. However, we can consider that natural levels of L-theanine in tea are quite low, especially when compared to the studies we looked at earlier.

Most of the research administered doses in excess of 400mg per day; however, for everyday consumption, most people would be better off starting with supplements containing around 50–200mg.[6]

As always, we recommend starting low and slow, allowing yourself to get used to how you feel taking L-theanine. If you want to increase your daily dose, do so in small increments, sticking to the same dose for at least two weeks before changing.

When to take L-theanine: Morning or night?

At higher doses, L-theanine may induce drowsiness, so timing is critical when it comes to dosing. If you're taking L-theanine supplements, it's best to do so at night, especially as they often contain much higher doses than tea.

If tea is your most regular source of L-theanine, then, of course, you'll want to focus on morning and afternoon consumption. Although the level of caffeine in green and black tea is pretty low, it can still disrupt restful sleep if you consume it in the evening or late at night.

Considering the factors outlined above, L-theanine appears to be a well-tolerated compound with several exciting mechanisms of action. While most of us will regularly consume L-theanine in tea, there may be situations where supplementation could prove beneficial. The key, of course, is balancing the influence of L-theanine with your own lifestyle and wellness needs.

Whether you're interested in trying L-theanine or dozens of other natural wellness supplements, browse the Cibdol store for a selection of products you can trust. Or, to learn more about the influence of amino acids, browse our CBD Encyclopedia for everything you need to know.